Step Groups are used in Testsigma for organizing a set of reusable Test Steps.

For example, let us assume we are automating a couple of scenarios that require a logged-in user as a prerequisite.

A sample Step Group can be found below 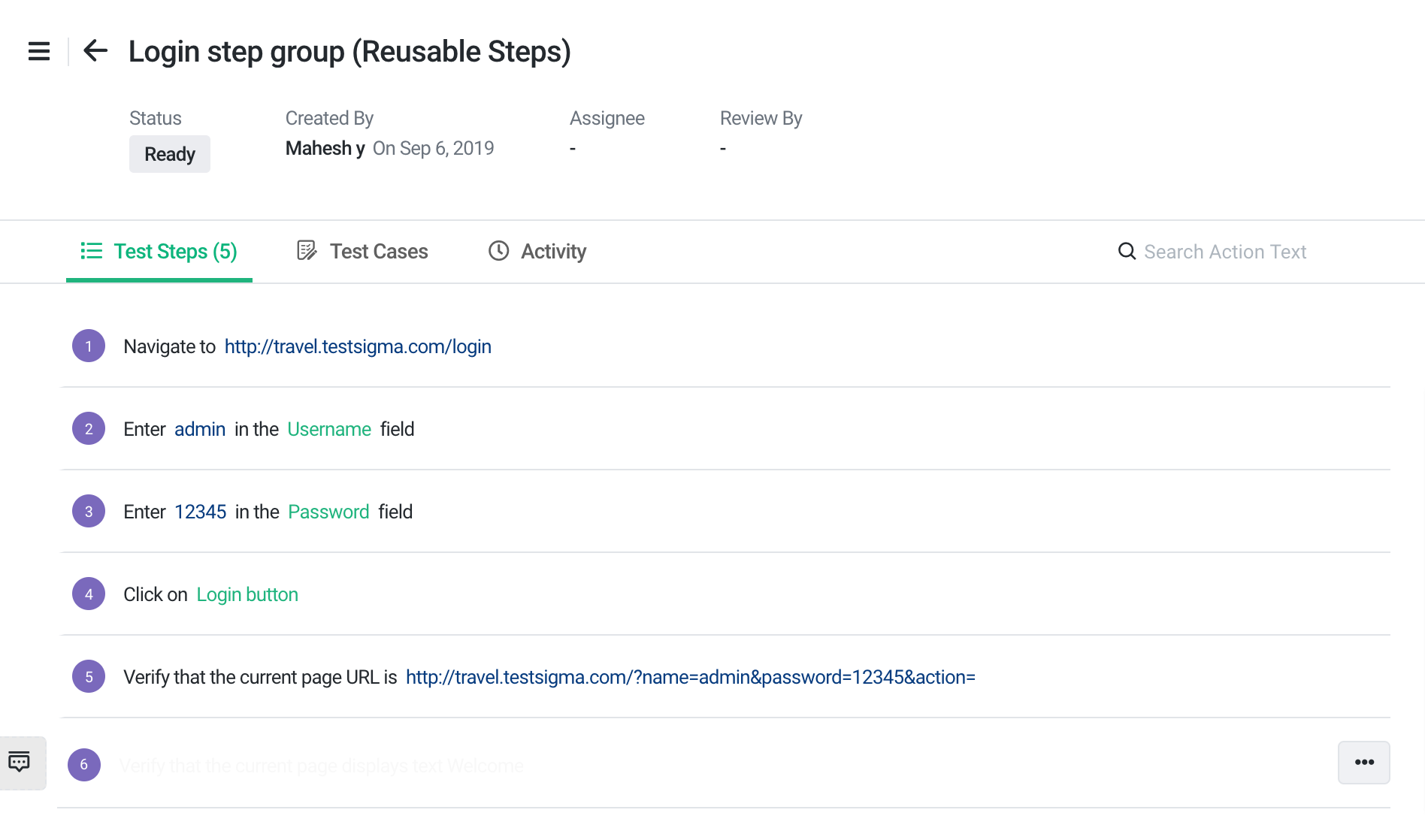 The above step group can be utilized in a test case as shown below.

NLP(Natural Language Processing) Grammar consists of a set of predefined simple English language statements such as “Navigate to test data”, “Click on ui identifier” e.t.c that are used to create Test Steps. 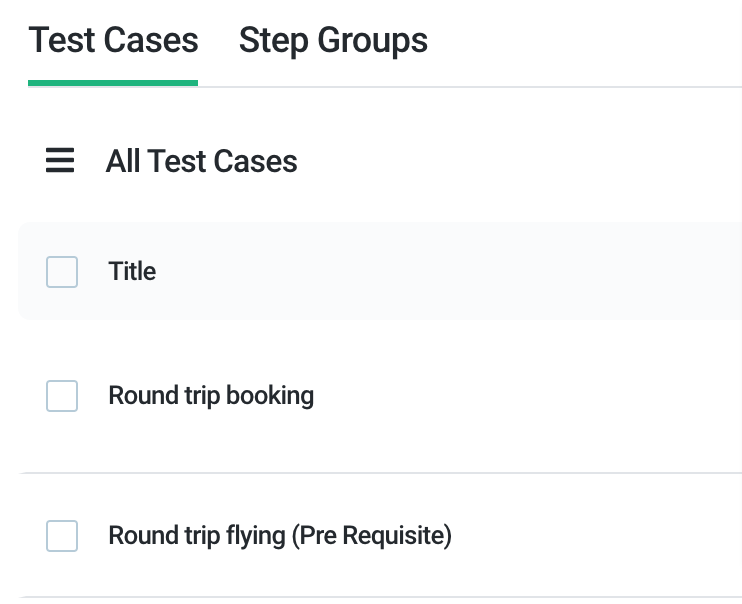 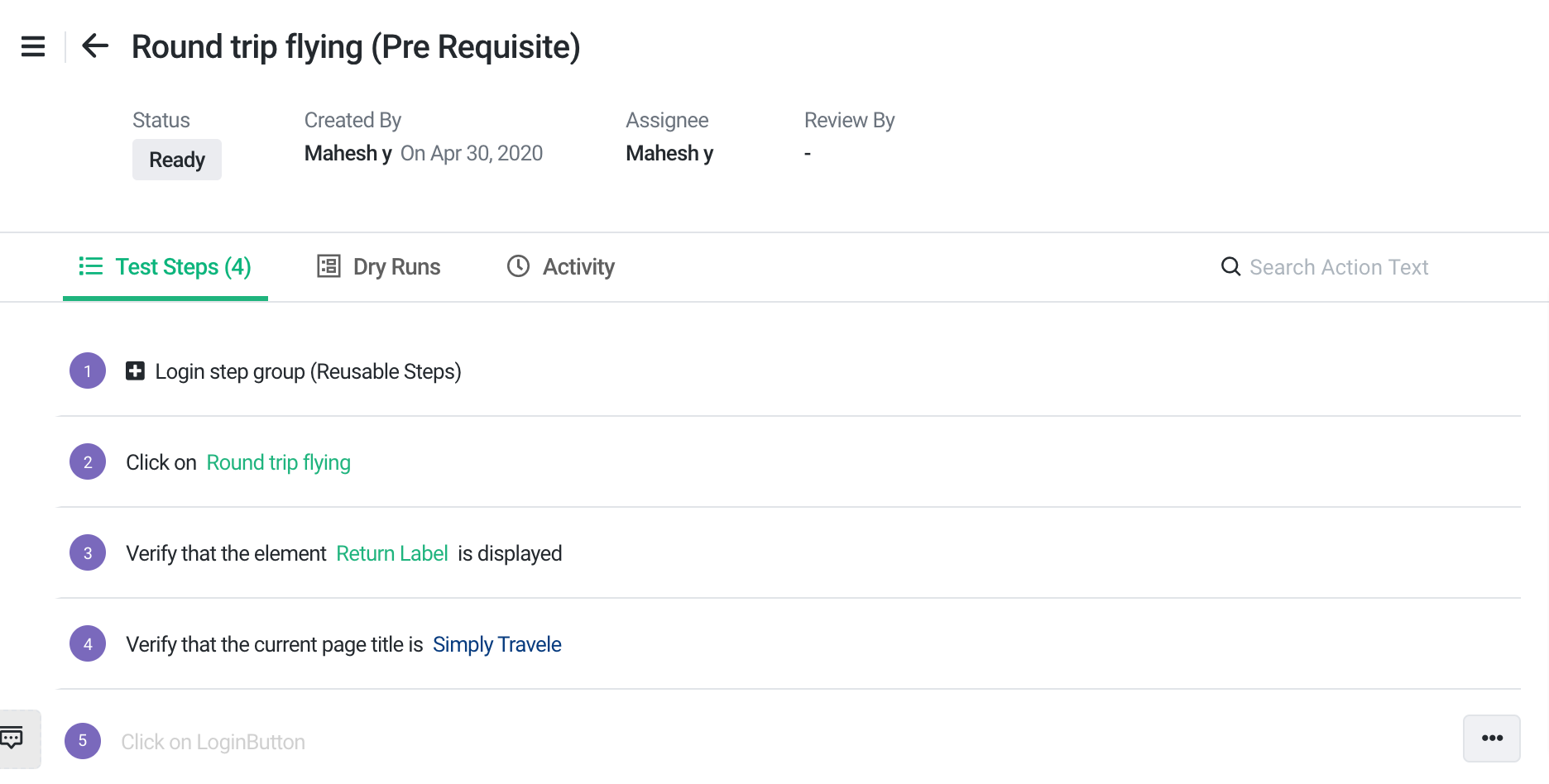 UI Identifiers are element locators. It is used to locate the elements on a Web page or App Screen for interacting with them and contains some of the properties and attributes of these elements. 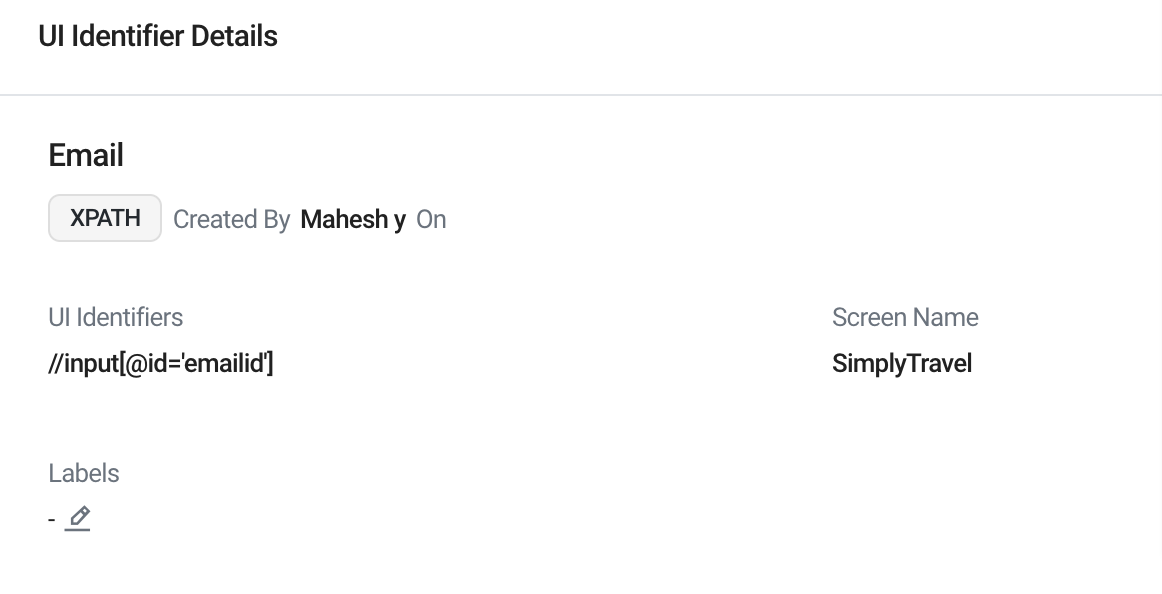 Test data is the data that we pass to the Application Under Test(AUT). It can be anything like text, numbers, phone numbers, emails etc.

Test Data Profiles are primarily used for Data-Driven Testing. You can create test data in tabular format within Testsigma or import Test Data from Excel files into Testsigma. This can be used for data-driven testing.

Here is an example for a test data profile : Here the city names are the test data that will be input to a test case. 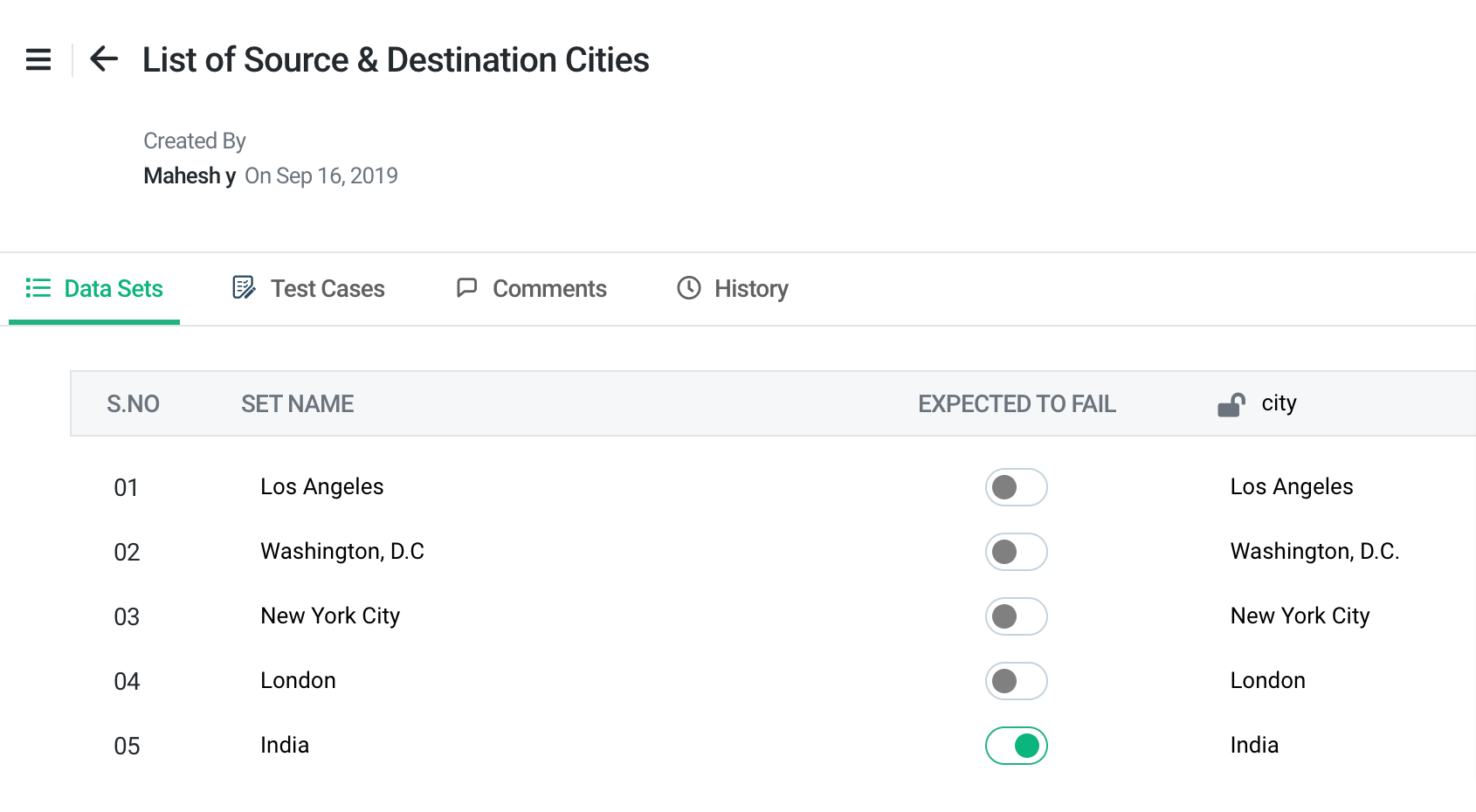 Custom Functions are used to extend the functionality of Testsigma. Users can add advanced functions to deal with complex or specific functionalities in App using Programming logic.

Mobile Apps or entities used in the Test Case can be uploaded here and accessed within the Test Steps.

Environments in Testsigma is a high-level abstraction of Test Environment that allows you to run Test Cases once created on multiple Environments such as QA, UAT, Staging servers without any modifications in the Tests.

Testsigma allows you to run the Tests on your local Machines in addition to cloud Machines. Systems page consists of the details of these local machines that can be used for executing tests on-premise.

Custom fields can be used to add user-defined fields to the Testsigma entities such as Projects, Applications, Versions, Test Cases, Step Groups e.t.c

Plugins are extensions that enable integration with third-party applications such as Jenkins, MS Teams, Slack e.t.c

R
Renju is the author of this solution article.