In this chapter, you will learn the basics of UI Identifiers and learn how to create UI Identifiers for the sample test explained in Testsigma Sample Application.

2. Click on the ‘Record’ button on the top right of the UI identifiers page.

3. A pop-up should appear with a button “start recording” similar to the screenshot below: 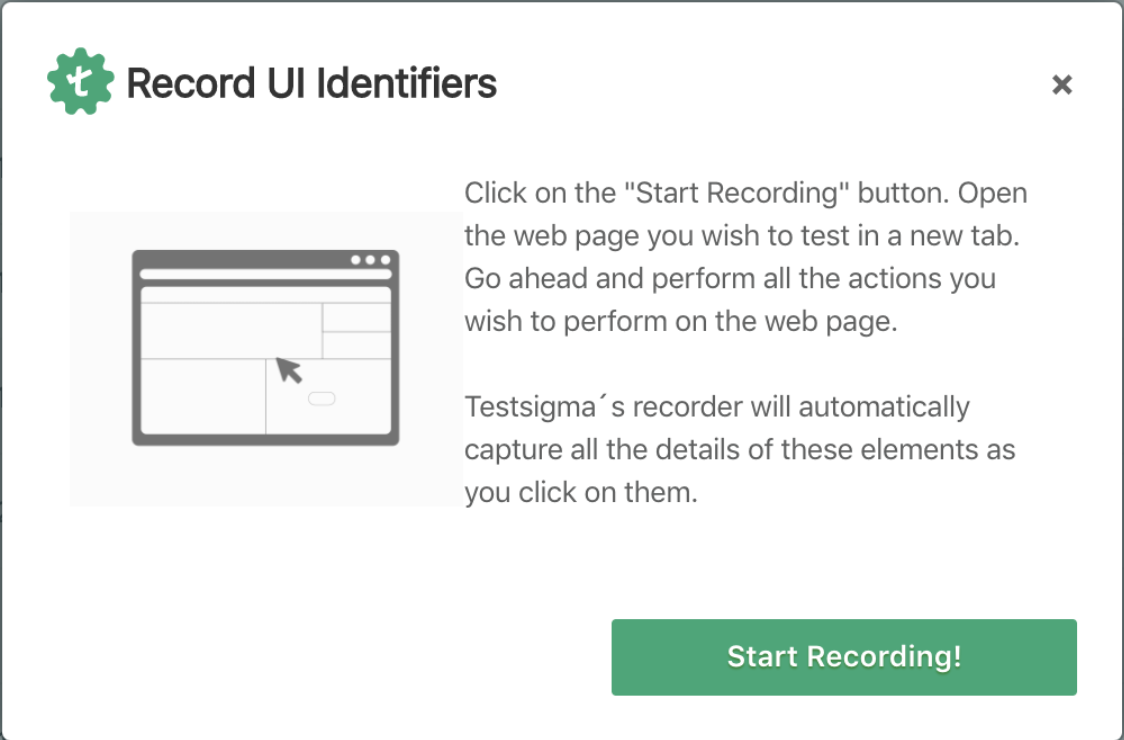 5. Open a new tab in Chrome and type the URL you want to capture UI identifiers for. In our case, we will open the

6. When you open a new tab with the above URL, the new page should look like this:

7. On clicking on any element, the corresponding elements should appear in the “Record UI Identifiers” widget as can also be seen in the screenshot below:

8. Now you can record all the elements that you will be interacting within your Test-Case:

Now that we have captured all the UI identifiers we will go about renaming them that will help us to use them better. For this you will have to click on the edit icon that appears on the right side of a captured UI identifier when a mouse has hovered over them as shown in the screenshot below: 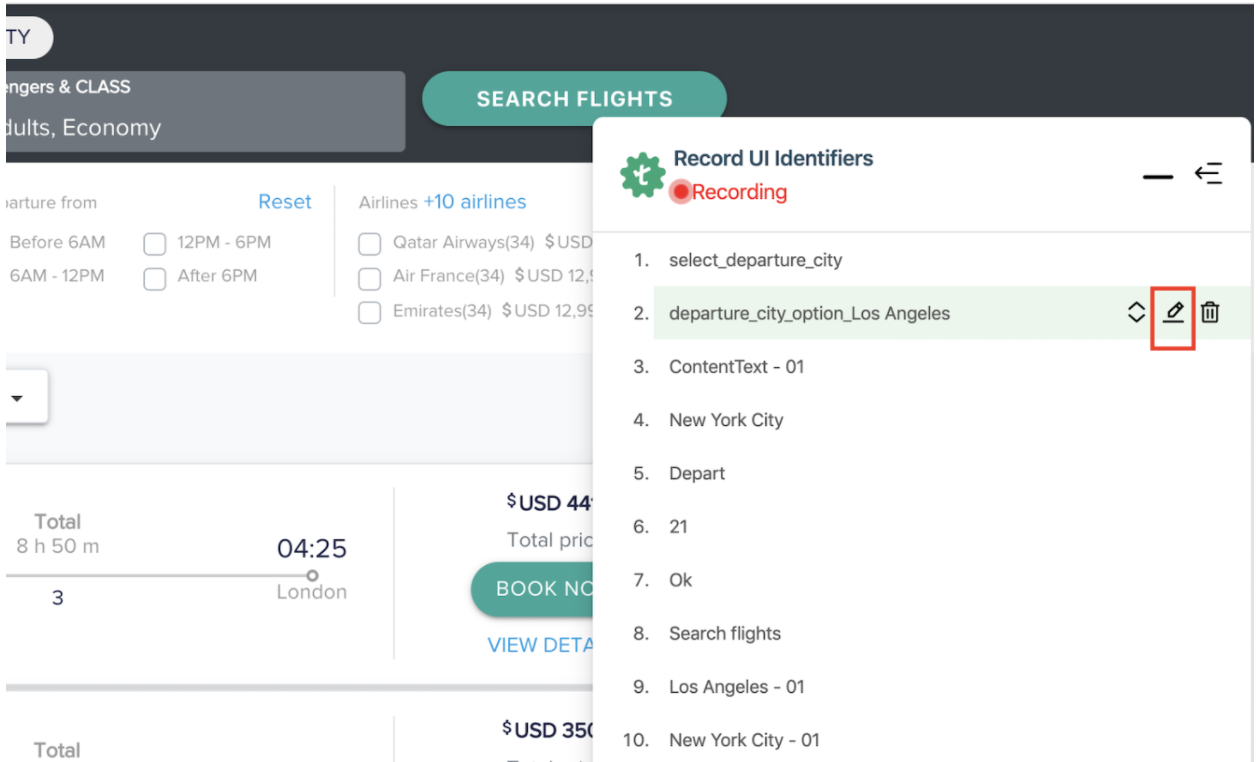 The edit window appears as below: 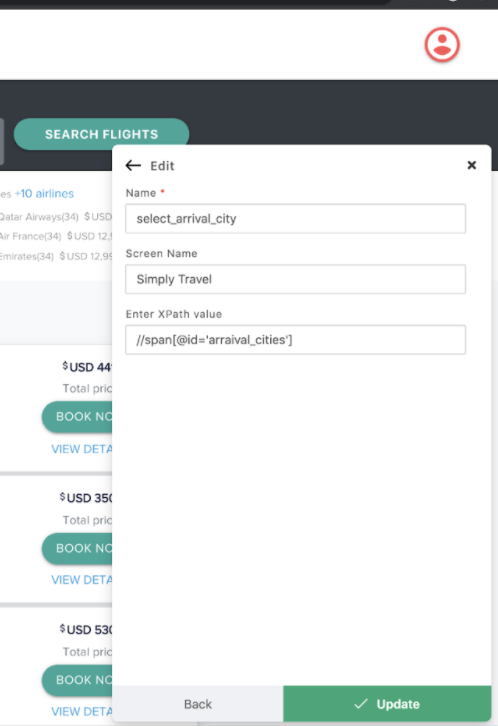 Any changes can be saved by click on the update button. We changed all the names as can be seen here:

9. On click on save, the captured UI identifiers will be saved under the UI identifiers section that was opened originally in your Testsigma project. Similar to as can be seen in the screenshot below: 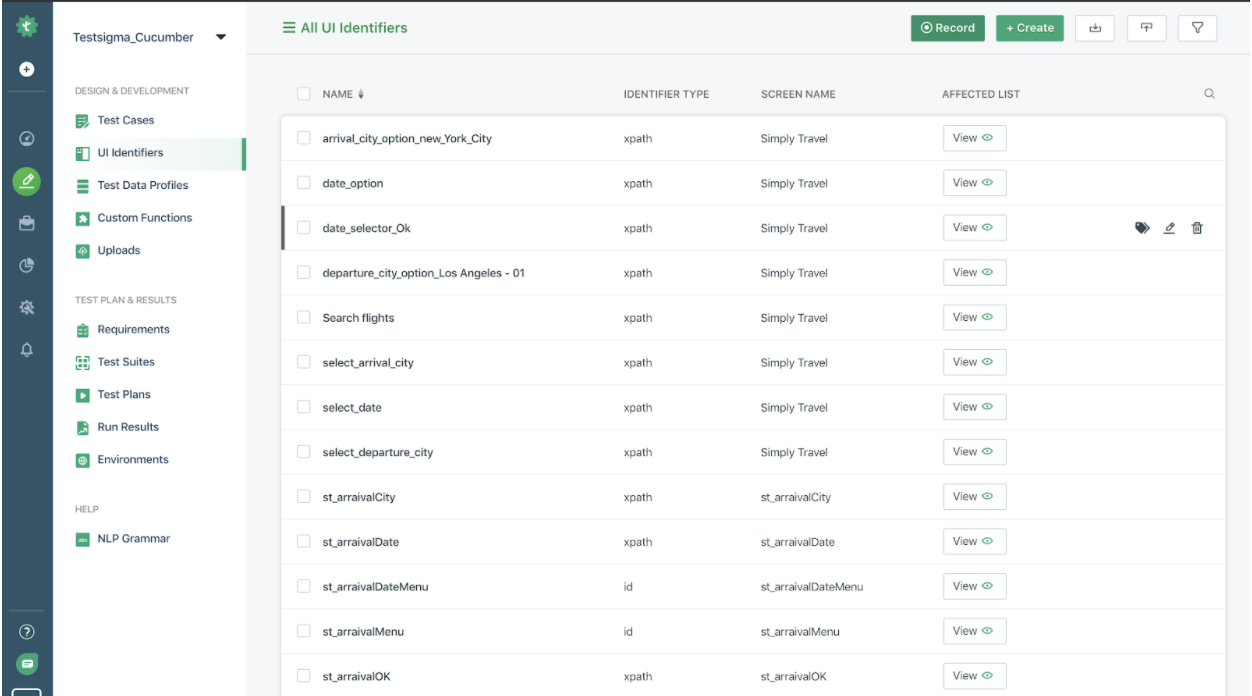 If you face any challenges while recording the desired elements please let us know via the inbuilt chat. You will find the chat window on the bottom right of the web pages on Testsigma. Alternatively, you may also write to us at Testsigma Support.

In the next chapter Create Test Case, we will use the created UI identifiers to create the test case explained in the “Testsigma Sample Application” chapter.

T
Tier is the author of this solution article.