Non-distributed tests are run on a single computer and normally do not interact with other computers.

On the contrary, distributed testing means that a test consists of several parts and each of them is performed on a separate computer.

However, the term “distributed” means not only a simultaneous run of tests on a number of machines, which is specific for parallel testing.

In addition, you should be able to repeat the distributed tests consistently, in the way it is required for regression testing. 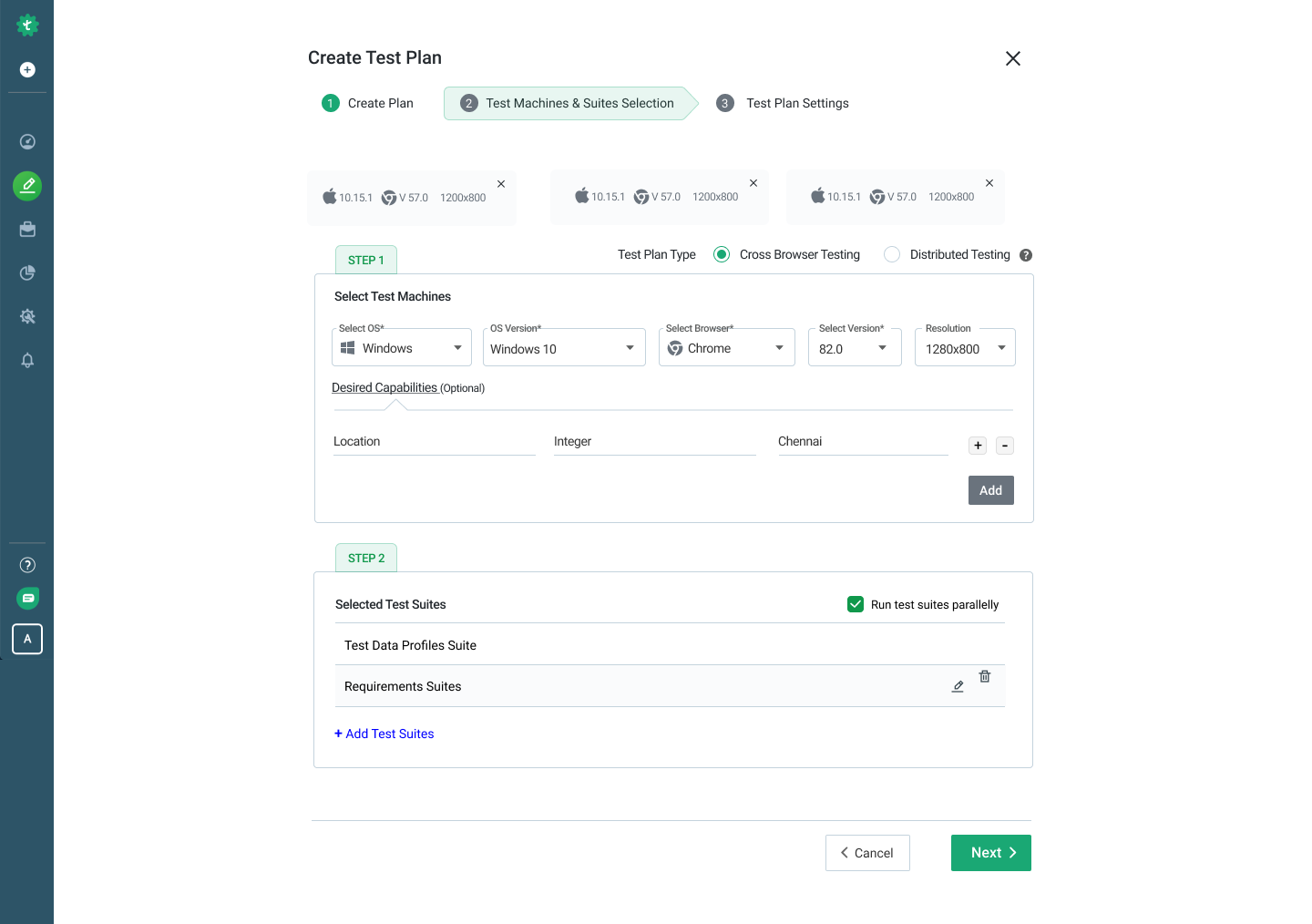 Testsigma makes it simple to perform Distributed Testing on your application.

Just click on the radio button for “Distributed Testing” in the Test Machines & Suite Selection tab of the Test Plan creation page.

Choose the different machines that you want to test your application on and click on Run Now.

Here is a simple use case for Distributed Testing:

Consider you have 1000 tests in your test suite and you want to run them all.

You can either run them all on a single machine which will take x amount of time for execution and results to be published.

Or with the help of Distributed Testing on Testsigma, you can run these 1000 tests in groups of 100, i.e a total of 10 groups on 10 different machines.

This way you reduce the execution time to x/10 and you can have results published faster.

Distributed testing is normally needed for web or intranet sites, client-server, or other multi-tier applications, where a server application interacts with more than one client. We can call applications of this type distributed applications.

Testing of a distributed application involves testing of its client and server parts. You can test them separately. Distributed and simultaneous testing gives you a way to test them all together.

For instance, a test makes a client instance send requests to the server, at the same time due to several clients working together you can assess how the server performs.

D
David is the author of this solution article.